The SSE Hydro opens its doors 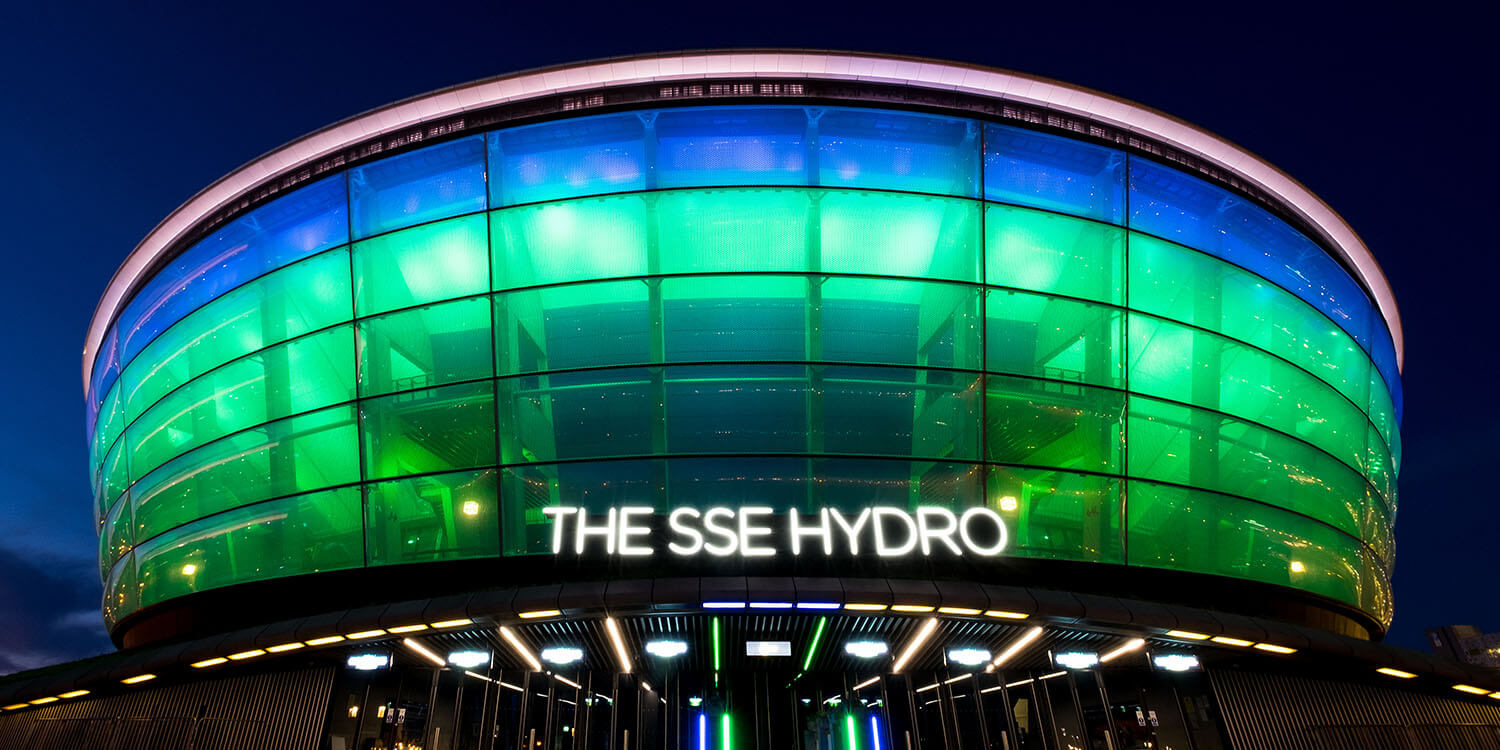 Scotland’s largest indoor arena has finally reached completion, despite almost turning to ashes only a few months ago.  And who better to launch this iconic landmark into our midst than good ole’ Rod Stewart, who played The Hydro’s opening concert on Monday night.

Make working from home easier - with a Virtual Office Service

Designed by Foster + Partners, one of the world’s most innovative architectural firms, this elliptical, dome-capped building is a welcomed addition to the city’s impressive riverside skyline. Built on the former site of the Queen’s Dock, the £125 million Hydro boasts a seating capacity of 12,000 and a standing capacity of 13,000 in the performance bowl. The state-of-the-art venue will play host to around 140 concerts, conferences and events each year, injecting a potential £131 million to the local economy. If these predication’s are to be believed, the Hydro will position itself as the fifth busiest entertainment arena in the world. Not bad, Glasgow.

The unique façade of The Hydro is impressive, conjuring up images of UFOs and space-age design. The exterior panels that encompass the arena are pneumatic translucent cushions produced by a specialist space industry film. This feature allows natural light to flood into the area during the day, illuminating the foyers. At nighttime, the building will radiate a glow of various colours that filter through the translucent facade.

Modelled on Greek and Roman amphitheatres, the Hydro has a 125 metre wide roof and the elliptical sloping frame is composed of diagonally latticed steelworks to forms a shallow dome rising to 45m at its highest. This shape is said to offer the optimum balance of viewing angle and distance from the stage. Yet another answer to “What have the Roman’s ever done for us?” The gave us The Hydro, that’s what.

James Edward, Associate partner of Foster + Partners explains: ‘We spent a lot of time ensuring we optimised the sight lines for the maximum number of people […] The circle shape has natural efficiencies, but we created a hybrid based on the classic form of the Greek amphitheatre. We realised that the seats coming around either side of the stage had the worst views, so we moved them to the centre where views were better. By default, this generated the elliptical form of the tilted roof’.

One of the main concerns for any new arena, particularly one that will host an abundance of music concerts, is the acoustics. The SECC is notoriously poor at providing quality acoustics but, in all fairness, concerts are not the primary function of that venue, so it is about time the city was given a purpose-built arena for large-scale concerts where sound-quality has played a leading role in the design process – particularly when you consider the city’s renowned passion for music.

Rod certainly seemed happy with it, announcing on stage: “I wish you could be up here on stage to hear what is sounds like – it is truly amazing.” The feedback from audience members has been equally positive with many expressing their delight at finally having the music venue the city deserves.

The Hydro forms part of the SECC’s QD2 master plan, which aims to transform the entire 64-acre Queen’s Dock site into an exhibition, conference and entertainments complex. Scottish Enterprise has vowed to contribute £25 million to this development, which hopes to enhance local and national tourism, attract new businesses and create some 2,249 jobs. In addition to the funding from Scottish Enterprise, Scottish Hydro has committed an annual investment of £1.5 million over the next 10 years.

This continued redevelopment of the riverside area should have a rewarding impact on the local economy and a positive impact on Scotland as a whole. With the impending arrival of the 2014 Commonwealth Games the completion of The Hydro is a timely addition to the city. Before then, however, there’s a substantial schedule of concerts so you won’t have to wait too long to experience this venue for yourself.